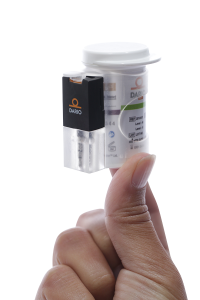 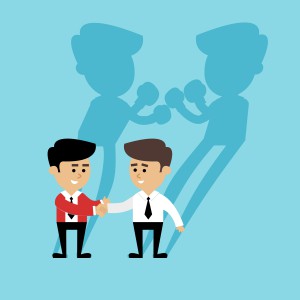 No, I’m not talking about the first and second “Terminator” movies starring Arnold Schwarzenegger. I’m talking about the differences between Type 1 and Type 2 diabetes. What both types of diabetes have in common is that they are defined by higher than normal blood glucose levels.  The major difference is what causes different types of diabetes and how each type develops.[1] However, media misconceptions that pervade stereotypes about people with Type 1 and Type 2 diabetes can make it seem like there is bad blood between the two types. Which begs the question: we both have diabetes, can’t we all just get along?

So what’s the difference between Type 1 and Type 2 diabetes? The hallmark of diabetes is that the body either stops making or properly producing enough insulin to regulate glucose (a type of blood sugar), resulting in overall high blood glucose levels.[2] Type 1 diabetes, which is generally diagnosed in childhood, is caused by an autoimmune response that destroys the cells in the pancreas that create insulin. People will T1 diabetes will need insulin injections to help regulate their blood glucose levels. [3]

Type 2 diabetes is generally diagnosed later in the lifespan, but recently the number of T2 cases is on the rise for all age groups – even kids. For people with T2 diabetes, their bodies are still producing insulin. But the process of regulating blood sugar levels after eating becomes impaired when the cells that would normally react to glucose entering the blood stream by absorbing it for later use, become resistant to the insulin, causing blood glucose levels to rise.[4] T2 diabetes can be managed with diet and medications, but eventually some people with type 2 diabetes will need to treat themselves with insulin injections.

What people with Type 1 and Type 2 Diabetes have in common is that they must take an automatic function of the body to regulate blood sugar and operate it in manual mode – either by insulin injections, tablets, or diet.

Myths and stereotypes about people with diabetes.

According to the World Health Organization, an estimated 347 million people across the globe have diabetes – approximately 90% have Type 2 diabetes, while the remaining 10% are people with Type 1, LADA, and gestational diabetes.[5]

In part due to the high prevalence of type 2 diabetes, much of the information about diabetes that is dispersed to the public is focused on T2. The media often casts Type 2 diabetes in a light that it is a completely preventable disease. And while the intended message to try and inform people about prevention is good, it can be misinterpreted by some and turn to victim blaming or disease shaming. While obesity, diet, and exercise play a role in the incidence of Type 2 diabetes, genetics and other environmental factors also contribute to its development.  It does not occur simply because someone eats too many candy bars or is overweight or doesn’t exercise.

The public judgement that people with Type 2 diabetes have brought the disease upon themselves and is something that can be cured just by not eating sugar or exercising is painful to people with both Type 1 and Type 2 diabetes. David Spero from the Diabetes Self-Management blog notes that many T1s buy into this judgement about people with T2. They may feel angry about being lumped together with type 2 diabetes and society’s self-blaming attitude towards them.[6]

The truth is that living with Type 1 or Type 2 diabetes is not easy and T1s and T2s can often find comfort and support in each other experiences of living life with diabetes. Using the Dario Smart Diabetes Management System can make your diabetes care regimen simpler – with blood glucose results loaded directly onto your mobile device and reminders to test. Get support from the greater diabetic community, from both type 1s and type 2s, through our Facebook page and the Dario Lounge Groups. It is important for members of the diabetes community and their families to combat media information about the condition and raise awareness for better treatment and research funding for all diabetes.

We can all get along!

[3] European Food Information Council (2016) Can you please explain the difference between type 1 and type 2 diabetes? 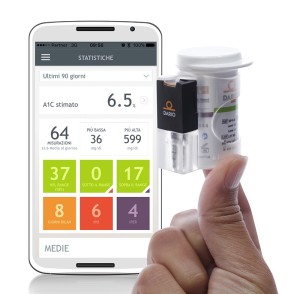